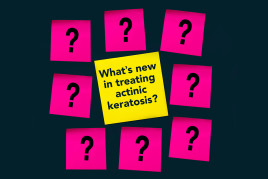 Dr. John Kenney Jr. was the first African American member of the AAD and the 1995 recipient of the Master of Dermatology Award.

The John Kenney Jr., MD Lifetime Achievement Award and Lectureship was created in 2021 to recognize outstanding dermatologists, who throughout their career have been committed to improving the treatment of patients from underserved populations including skin of color patients.

The selected lecturer will receive a cash award of $10,000 and present a lecture of approximately 30 minutes at the American Academy of Dermatology Annual Meeting Plenary session.

If you have questions, please contact Cari Lamberg at clamberg@aad.org.

Apply for the award

Access an online application form to submit a nominee for the award.

The award is named for Dr. John Kenney, who was the first African American member of the AAD and the 1995 recipient of the Master of Dermatology Award. Dr. Kenney was a distinguished physician in private practice and as a professor at Howard University for almost four decades where he created a separate dermatology department at Howard's Freedmen’s Hospital and served as chief of the division of dermatology and founding chairman of the department of dermatology. Dr. Kenney also served as the assistant editor of the Journal of the National Medical Association from 1947 to 1952, and as president of the National Medical Association from 1962 to 1963. In his 2003 obituary, The Washington Post estimated that of the about 300 black dermatologists practicing in the United States at that time, Kenney had mentored or trained about one-third of them.