The AAD's Coronavirus Resource Center will help you find information about how you can continue to care for your skin, hair, and nails.

How to care for your skin if you have lupus

To help care for your skin during the coronavirus pandemic and beyond, the AAD recommends these tips from board-certified dermatologists.

These dermatologists' tips can bring relief.

You can get a rash from poison ivy any time of the year. If you think you’ve touched a plant, acting quickly may prevent a rash.

Having acne can feel devastating for a teenager. Here are 5 things you can do to help your teen.

It’s contagious, but you can reduce your child’s risk of catching it. Find out what helps.

If your child develops scabies, everyone in your household will need treatment. Follow this advice to treat everyone safely and effectively. 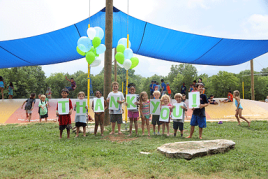 Apply for a Shade Structure grant

AAD Shade Structures provide permanent outdoor shade in areas that are not protected from the sun.

Sarcoidosis and your skin: Who gets and causes

People around the world get this disease. Studies indicate that sarcoidosis is most common in:

In the United States, African American women have the highest risk of getting this disease.

In Scandinavia, where the disease is most common, there are two peak periods for getting sarcoidosis—between 25 to 29 years of age and 65 to 69 years of age.

While where you live, your age, and your gender seem to play important roles, there are other risk factors. It’s believed that you’re more likely to develop sarcoidosis if you:

Advances in biomedical research are helping scientists run studies that can help them find the exact cause.

Common triggers for sarcoidosis may be breathing in smoke from a wood-burning stove for many years or working as a firefighter. It’s believed that these triggers cause cells in a person’s immune system to form granulomas, the lumps that form when a person has sarcoidosis.

Of course, this is still a theory.

While the cause is still a bit of a mystery, knowing who needs treatment isn’t. You can find out how dermatologists diagnose and treat sarcoidosis when it affects the skin at, Sarcoidosis and your skin: Diagnosis & treatment