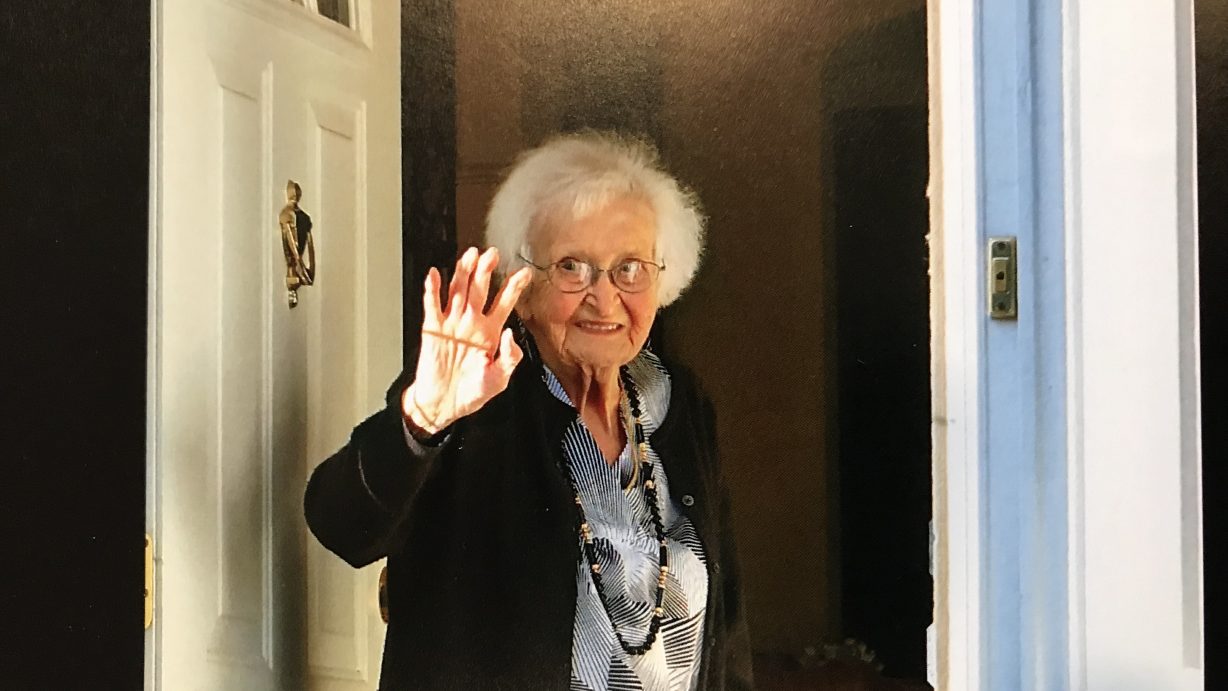 Any life spanning from Warren Harding’s Teapot Dome Scandal to the Trumpian-Russian mishegas warrants reflection and celebration. Our first president, George Washington, understood that life’s trajectory is rooted in its first decades — for mom that included the Depression and World War II — the most challenging times of the twentieth century.

My mother was the daughter of recent immigrants — Max and Dora Schapiro, and the oldest of 4 children: my late Uncle Martin, a brilliant attorney, late aunt Millie, a divinely talented musician and teacher, and aunt Helen, a gifted pianist, artist and attorney. Mom was the leader of this talented crew. How did they all succeed? By drive, intellect, and determination.

Mom only spoke German, tinged with Yiddish, until she entered school. With her facile analytical mind and voracious reading, conquering education was easy — expectations for women were not. She was offered a full academic scholarship to Cornell but declined it, because the family could not afford room and board. Her uncle declared to my grandmother that girls shouldn’t go to college — mom’s response to her uncle was that “he could go fuddle his duddle.” When I asked her what she would say to him today, she said that she would tell him the same thing — except she’d use a different word than “fuddle.”

During WWII, she worked in manufacturing and was rapidly promoted to supervisor. When she learned that she was earning less than the men she was in charge of, she challenged the authority. After the war, mom decided to get her Masters degree in education. Having graduated Brooklyn College, she thought that it would be best for her career to train at an Ivy League institution, so she applied to Columbia. During an interview, she was asked why she just didn’t continue in the City College system. Her retort to the interviewer was “because once I have a diploma from Columbia, people will no longer ask me questions like that.”

When I was seven years old, in 1962, mom told my father that she was going back to work as a teacher. In the “Mad Men” era, this was an anomaly. She relished her role as a Home Economics teacher, but took particular pride in being asked to teach math, after demonstrating how the school’s math instructor’s deductive reasoning was incorrect. Her love for learning never ceased. As recently as last weekend, she was commenting on CRISPR technology for editing genes as reported in Scientific American.

Mom was a passionately devoted wife. She stood by my father Horace through his multiple jobs. Most importantly, she cared for him through the bitter ravages of Alzheimer’s disease up to the point of requiring institutional care. As a mother, much of her energy was focused on my late brother Andrew’s Crohn’s disease. Any joy she experienced was always tempered by his illness and death, bringing wistful smiles of remembrance.

Mom had her foibles and idiosyncrasies. Knowing that she was the proverbial “smartest person in the room” allowed her to become obstinate in her decisions. She remembered every slight, and even if willing to forgive, she never forgot. Most dramatically, if there were an Olympic event for worrying, her gold medal record would last in perpetuity.

“Warren, I’m calling the police! George is on a date with a girl he just met — he said he’d be back by 10 and it’s 9:30! Something terrible has happened!”

“Okay mom, just make sure when you call the police, tell them that your missing son is 66 years old!”

A year after cervical spine fracture surgery, she called me late at night, concerned that she was laying down the wrong way, causing a screw to loosen in her neck. I delighted in telling her, “Mom, you definitely have a screw loose, but it’s not in your neck!”

I never understood the Ruth Heymann paradox of experiencing paramount worry combined with a belief that things work out for the best.

She was a protective mother who minced no words. I knew that at an early age after joyously using the cigarette lighter to burn holes in the leather of my father’s brand new Lincoln Continental. She got matching beige leather, and covered the defects, never telling dad. When the Amazin’ Mets were in the World Series in 1969, and dad got tickets, mom would not let him take me because I had an English test. (I am my mother’s son, because I publicly forgave her at her 95th birthday party, but I will never forget it.) Finally, when I was in high school and declared that I wanted to become a broadcast journalist, emulating Eric Sevareid, she said, “Warren, be real — you don’t write that well and you’re not that good looking. Be a doctor first — then write.”

Mom, we are so blessed by the gifts you have bestowed upon us, and I could not have designed a more wonderful mother, grandmother, and great grandmother. Although you were a product of your age, you will always remain a woman for the ages. You will always be with me. I love you.