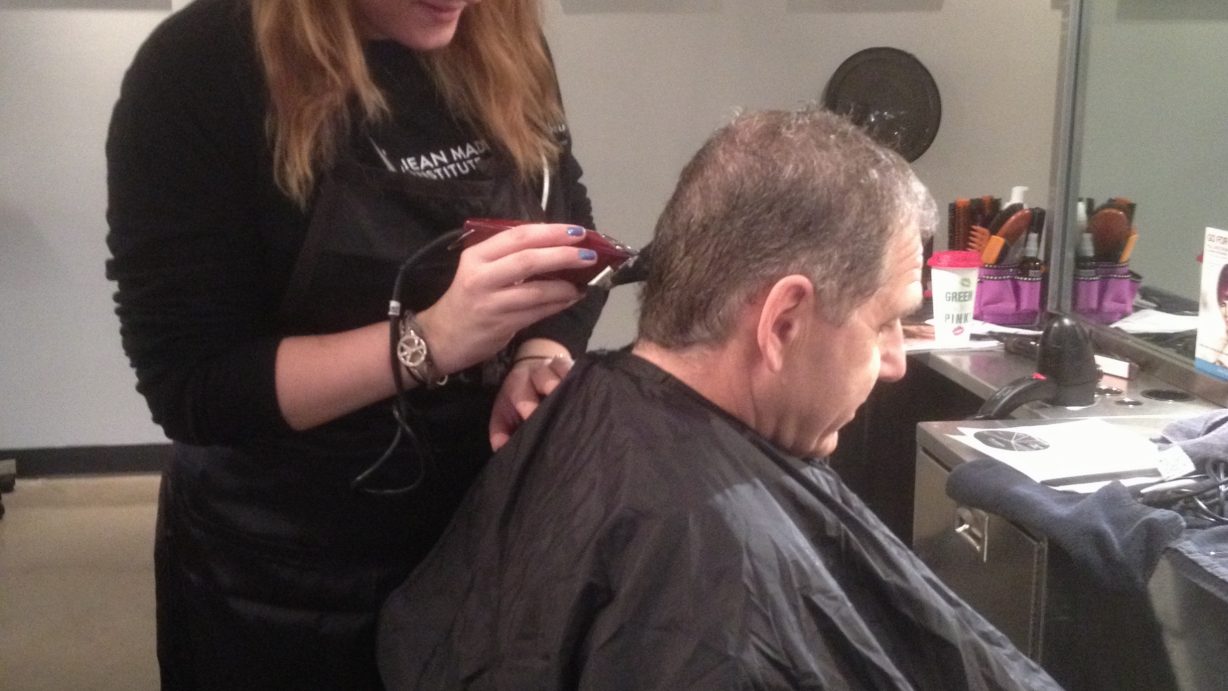 My younger daughter Deborah was destined to be a hair stylist. When she was a camper in the Poconos, I received an urgent call from the staff about her. Assuming the worst, my heart palpitating in fear, all I could do was laugh when I was informed that she violated camp policy by dyeing her hair. “Dr. Heymann, What do you want me to tell your daughter?” the camp administrator inquired. “Please tell her to choose a good color!”

Now that she is a professional cosmetologist with a specialty in hair coloring, I have a heightened interest in the occupational hazards of the profession.

I was very impressed with the training that my daughter received getting in her cosmetology degree to qualify for licensure — she had to learn quite a bit of chemistry and biology. I was especially pleased with her tutorial on recognizing skin disease, including melanoma and non-melanoma skin cancer.

Oxidative hair dyes are still among the most common causes of occupational contact allergy among hairdressers. (2) The gold standard of diagnosing allergic contact dermatitis is via epicutaneous patch testing. p-Phenylenediamine (PPD) is an aromatic amine that has been used as a hair dye for more than a century. While it is allowed in hair dyes, the FDA otherwise prohibits its use on the skin. Unfortunately, illicit use of PPD in temporary henna tattoos has led to sensitization to PPD. Although there are alternative aromatic hair dyes such as 3-aminophenol and 2,5-diaminotuluene, they tend to cross-react with PPD due to similar chemistries. A clinical pearl is that PPD can also cross-react with para amino compounds including PABA containing sunscreens, sulfonamides, sulfonylureas, azo textile dyes, and ester anesthetics. Hairdressers have a 4.4 fold increased chance of being sensitized to PPD. (3) Although some hair dye components are reported to be carcinogenic in animals, such evidence is not consistent enough in the case of human studies. Consequently, further research is desirable to critically address the significance of this issue, especially with respect to the safety of hair dye ingredients. (4) It should be noted, however, that hair dyes and other aromatic amines such as o-toluidine (which is banned in cosmetics and dyes, but has still been identified in such products) have been classified by the International Agency for Research on Cancer as probably carcinogenic (group 2A). (2)

In a revealing study by Lind et al, skin exposure to hair dye was measured for 20 hairdressers applying highlights and all-over hair color with the hand rinsing technique. Resorcinol was used as a proxy for hair dye exposure. Applying hair dye and cutting the newly dyed hair were the tasks that contributed most to exposure in treatments for highlights. After cutting all-over-colored hair, all hairdressers had measurable amounts of hair dyes on both hands. The authors concluded that hairdressers are exposed to hair dye ingredients during all steps of the hair dyeing procedure. Cutting newly dyed hair contributes significantly to exposure. For the prevention of occupational disease resulting from hair dye exposure, the authors suggested cutting hair before dyeing it, and wearing gloves during all other work tasks. (2)

Oreskov et al have demonstrated that hairdressers and apprentices may lack knowledge on how to handle gloves correctly. They found that a short demonstration of correct glove use [known and donning and doffing] made a significant difference in the skin protection provided by gloves. (5) Regardless, none of the hairdressers in the study by Lind et al used gloves when cutting newly dyed hair, and most of them stated that it would be impossible to use gloves when cutting hair, but not during other hair dyeing tasks. The hairdressers were concerned that with gloves the entire procedure would take longer, thereby becoming more expensive for the client. (2)

Clearly hairdressers use their hands, but I am pleased that they are using their eyes to detect head and neck disease. Perhaps I am more attuned to this because of Deb, however, I have noticed that increasingly hair stylists are referring patients. Their role in melanoma detection cannot be overstated.

In a series of 11 384 melanoma patients, 7% (n = 799) originated on the scalp. Scalp primaries were more often found in males and were associated with increased Breslow thickness and were more frequently ulcerated compared to all other anatomic sites (P = 0.0001). On multivariate analysis, scalp location was a statistically significant independent predictor of worse melanoma-specific and overall survival. This confirmed that the scalp is independently responsible for the negative prognosis associated with head and neck melanoma. Although the pathophysiology of this difference remains to be determined, these data argue for more rigorous surveillance of this anatomic location. (6)

In conclusion, we have to help hairdressers stay healthy so they can do their job and they can help us do ours. I couldn’t be more proud of Deb.


**My thanks to Bruce Brod, MD for his review and suggested improvements of this commentary.