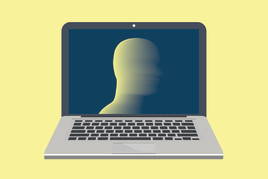 Orofacial granulomatosis (OFG) represents a group of disorders characterized by noncaseating granulomatous inflammation affecting the soft tissues of the oral and maxillofacial region. OFG is an umbrella term, encompassing granulomatous cheilitis (GC, cheilitis granulomatosa) of Miescher and the Melkersson-Rosenthal syndrome (MRS, the classic triad being GC, facial paralysis, and a fissured tongue). The clinical features of OFG are highly variable. CG presents as a recurrent labial swelling of one or both lips. The swellings are soft-to-firm, nontender and eventually become persistent. Lesions may extend to the chin, cheeks, periorbital region, and eyelids. Intraorally the disease may cause gingival hypertrophy, erythema, pain, and erosions. The predominant lesions are edema, ulcers, and papules. The tongue may develop fissures, edema, paresthesia, erosions, or taste alterations. A cobblestoned appearance of buccal mucosa may be seen. The palate may have papules or hyperplastic tissue. (1)

Considering OFG in your differential diagnosis is straightforward — determining the etiology, understanding the pathogenesis, and successfully treating the condition is not.

Immunologically, an increase of interferon expression in oral lesions of OFG together with increased levels of IL-12 in most cases suggests a predominant Th1 response. Further evidence for a Th1 immune response based on increased levels of chemokines (RANTES⁄MIP-1a) and chemokine receptors (CCR5, CXCR3). (2)

Miest et al describe their approach to patients with OFG as follows:

Clinical history and examination should be used to identify potential causes of recurrent orofacial swelling (eg, rosacea, acne vulgaris, and pulmonary or gastrointestinal symptoms). Biopsy of an affected area for hematoxylin eosin staining may be helpful to demonstrate histologic evidence of noncaseating granulomas or other characteristic features. Direct immunofluorescence testing of tissue specimens is unlikely to be useful. Additional diagnostic studies should be guided by each individual patient and their multidisciplinary providers, but they may include skin patch or prick testing to assess for allergy; investigation for tooth-associated or other local infection; chest radiography to assess for hilar adenopathy (tuberculosis or sarcoidosis); determination of the angiotensin-converting enzyme level (increased in sarcoidosis); tuberculosis testing (skin or blood test); laboratory evaluation of hemoglobin, folate, iron/ferritin, and vitamin B12 (potentially decreased in CD), and inflammatory markers (increased in CD); and, if gastrointestinal involvement is suspected, endoscopy and bowel biopsy. These are general recommendations and should be tailored to the patient as determined by subspecialty providers.

In their retrospective study of 104 patients with more than one episode of orofacial swelling of at least 5 days duration, the authors found that oral involvement was statistically significant with Crohn disease and facial swelling with rosacea and acne vulgaris. (3).

Although it is tempting to consider that this is just a matter of semantics (it strains credulity to think that a patient with GC who develops CD a few years later has two separate diseases), there may be some validity in subcategorization. Gale et al studied 21 patients with CD and concomitant OFG compare to a cohort of 39 patients with CD but without OFG. The percentage of patients with intestinal inflammation in the upper gastrointestinal tract was significantly higher in the CD+OFG group, as compared with the CD cohorts. Additionally, perianal disease was more frequently observed in the CD+OFG group. The authors concluded that CD in conjunction with OFG represents a distinctive subphenotype of CD characterized by extensive inflammation, perianal disease, and pronounced intestinal granuloma formation. (5) Genetics may be influential; Mentzer et al have demonstrated that genetic variants in NOD2 (nucleotide oligomerization domain containing gene 2) are only associated with OFG in patients with concurrent intestinal disease. (6)

Managing OFG patients is challenging and requires that physicians maintain a stiff upper lip (I couldn’t resist). Medical approaches include administration of NSAIDs, broad-spectrum antibiotics, antituberculous drugs, antilepromatous agents (clofazimine), sulfa drugs (sulfasalazine), antimalarials (hydroxycholoroquine), TNF-alpha inhibitors (infliximab), thalidomide. and steroids (systemic or intralesional). Surgically, cheiloplasty may be beneficial, but is suggested only for resistant cases, particularly when long-lasting chronic inflammation has caused fibrosis and when it is too late to use medications. An early diagnosis and treatment is mandatory for better prognosis. (2)