Paraneoplastic Sarcoidosis? A Proposal to Revise and Rename the “Sarcoidosis-Lymphoma Syndrome” 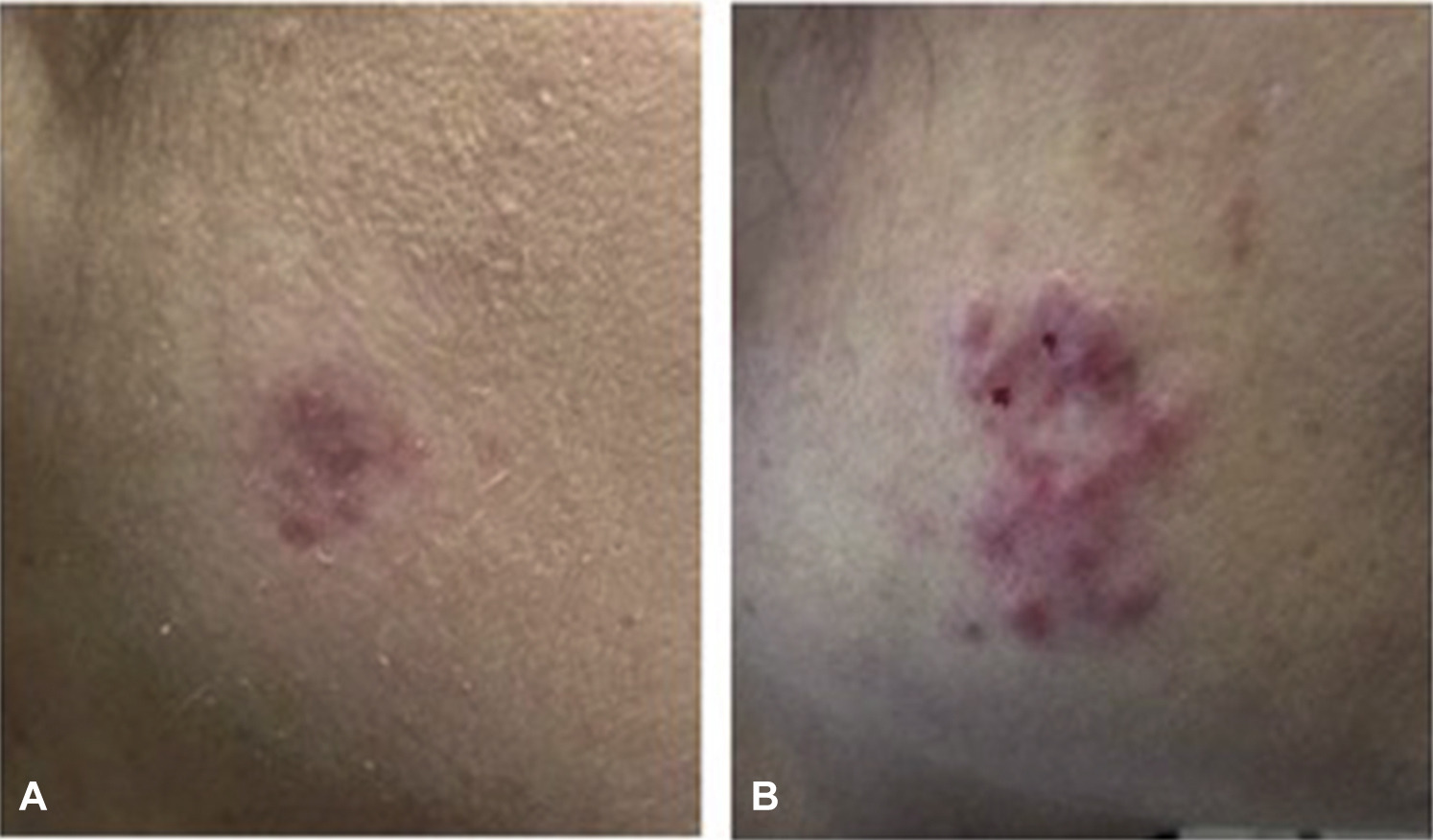 When considering paraneoplastic dermatoses, several disorders come to mind, such as erythema gyratum repens, dermatomyositis, acanthosis nigricans, among others. Sarcoidosis does not. Should it?

El-Khalawany et al studied 94 patients with cutaneous sarcoidosis, of which 12 (12.8%) were diagnosed as paraneoplastic sarcoidosis (PS). Of these 12 patients, there was a male (n = 8) preponderance (ratio 2: 1), and the mean ± SD age of patients was 64.6 ± 13.21 years. The spectrum of paraneoplastic malignancies included 6 cases of Hodgkin lymphoma, 5 of multiple myeloma and 1 of non‐Hodgkin lymphoma (NHL; diffuse large B‐cell lymphoma). The underlying malignancy was usually diagnosed within 4–25 months of diagnosing cutaneous sarcoidosis.  Histologically, atypical cells and frequent mitoses were observed in 41% of cases. The response to systemic steroids was relatively poor and patients on combination therapy showed frequent relapses. However, after treatment of the associated malignancy, seven patients (58.3%) showed complete resolution of the lesions and five (41.7%) showed moderate improvement. During follow‐up, there was no relapse reported for either PS or malignancy. The authors’ conclusion: “Our results suggest that sarcoidosis is a new subset in the spectrum of paraneoplastic syndrome. We propose that lymphoproliferative disorders should be considered in patients with cutaneous sarcoidosis who have a poor response to conventional therapy or whose skin biopsy shows a significant number of mitoses.”

The coexistence of sarcoidosis and malignant lymphoproliferative disease has been sporadically reported since the 1930’s, although it has been difficult to ascertain whether these were true cases of sarcoidosis or local sarcoidal reactions (localized non-caseating epithelioid cell granulomas without multiorgan systemic involvement, as noted in systemic sarcoidosis). In 1972, Hans Brincker selected 19 cases of malignant lymphoma (12 being Hodgkin lymphoma) from a group of about 1500 collected cases of malignant lymphomas, because they showed histological evidence of non-infectious epithelioid-cell granulomas in one or more tissues. Of the 19 patients, 5 had systemic sarcoidosis, 4 cases had an associated malignancy (colon, cervical [two], squamous cell carcinoma of the lip), 1 pre-malignant condition (leukoplakia), and 1 case of an autoimmune disease (rheumatoid arthritis) were found. He concluded: “This remarkable association of sarcoid reactions or sarcoidosis with malignant lymphomata and associated malignancies seems to justify speculation on the possibility of a common aetiological factor, e.g. in the form of an altered immune reaction.” (2)

In a 1986 article entitled “The sarcoidosis-lymphoma syndrome,” Brincker studied 17 cases of coexistent sarcoidosis (including the 5 previously reported patients), in addition to an additional 29 cases gleaned from the literature. Of his 17 cases, 8 were Hodgkin disease, 4 NHL, and 2 had paraproteinemia. Based on his review, he concluded that a sarcoidosis-lymphoma syndrome appears to exist in which malignant lymphoproliferative disease develops at least 5.5 times more often than expected in middle-aged patients with chronic active sarcoidosis, probably as a consequence of the immunologic abnormalities observed in the latter disease. (3)

Cohen and Kurzrock note that malignancy in patients with sarcoidosis occurs in 3 settings: 1) the sarcoidosis-lymphoma syndrome (including other hematologic malignancies); 2) patients with sarcoidosis who develop solid tumors (including melanoma and nonmelanoma skin cancer), most commonly associated with cancers of the cervix, liver, lung, testicles, and uterus and 3) as PS when the cancer and sarcoidosis are diagnosed within a year of each other (although an antineoplastic therapy-inducing sarcoidal reaction must be considered). (4)

The etiology of sarcoidosis is unknown. Although rare familial forms exist, suggesting a genetic predisposition, the presumption is that an undiscovered antigen induces an immune response modulated by T cells and macrophages thereby releasing a broad spectrum of mediators (including cytokines, chemokines, and oxygen radicals) that are responsible for the multisystem granulomatous disorder. (5)

At the outset I posed the question: should sarcoidosis be labeled as a paraneoplastic syndrome? I consider a disorder paraneoplastic if the association is so strong that a malignancy work-up must be performed (aside from age-appropriate routine malignancy screens for the general population). I am not convinced that sarcoidosis has reached that threshold. Alternatively, there may be validity in the concept of the sarcoidosis-lymphoma syndrome; I think it should be renamed the “sarcoidosis-lymphoproliferative syndrome” because of the association with a multiplicity of hematologic cancers. Finally, as one who hopes that eponyms do not disappear (I find them easier to remember than acronyms), I propose that the “sarcoidosis-lymphoproliferative syndrome” be named Brincker syndrome, honoring his recognition of this association.

Point to remember: If considering sarcoidosis as potentially paraneoplastic, think about the sarcoidosis-lymphoproliferative syndrome first and foremost.