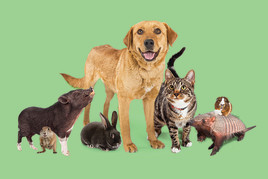 Scarred by dogma: Revising recommendations for surgery and isotretinoin use

I have had the privilege of prescribing isotretinoin since its release in 1982. Is there any other dermatologic medication that has benefited our patients so greatly? I’ve weathered every isotretinoin controversy — dosing (high versus low), iPledge (and other long-since forgotten programs), depression (or not), inflammatory bowel disease (or not), and laboratory monitoring (less is more). For 35 years I have been steadfast in having patients wait 6 (preferably 12) months before recommending acne scar surgery. That is about to change.

In retrospect, I understand why dermatologists recommended a very conservative approach. Initial cases of scarring using dermabrasion on patients with recent isotretinoin exposure, reported in the 1980s, utilized either a wire brush or diamond fraise, either individually or in combination. It was probably the report by Rubenstein et al, in which 6 patients underwent dermabrasion while on or having recently completed isotretinoin therapy, developed keloids in atypical locations; the keloids eventually responded to topical or intralesional steroid therapy. It was presumed that retinoids had a modulatory effect on connective tissue metabolism, including suppression of collagenase, which may have enhanced keloid formation. Hence, the recommendation that dermabrasion should be delayed in those patients taking or recently on isotretinoin therapy. (2) Interestingly, Roenigk (the second author in the Rubenstein paper) et al, reported a group of 9 patients with severe nodulocystic acne vulgaris who were treated with successfully with isotretinoin. During or after retinoid therapy, all patients underwent full-face dermabrasion. Post-operative healing was normal, and no significant complications were seen. In an addendum, however, Dr. Roenigk noted that two additional patients developed unusual keloids of the face following dermabrasion after recent therapy with isotretinoin. (3) I am speculating that these 2 patients were included in the manuscript by Rubenstein et al.

The dogma of delaying surgery in isotretinoin patients became entrenched. Only recently has this assumption been challenged. Ungarelli et al, in their review of the literature, found that most animal experimental models suggested that isotretinoin at doses commonly used to treat acne is not detrimental to wound healing. (4) In an illustrative case, a 19 year-old man, who had been on isotretinoin for 4 months, had 3 lower back sites treated with laser — one with a nonablative fractional laser, another with an ablative laser, and the third with a full ablative laser. At his 6-month follow-up the first two treatment sites appeared normal, but a scar was noted at the full ablative laser site. This report suggested that the use of fractional lasers could be safely used in patients taking isotretinoin. (5)

The American Society for Dermatologic Surgery Guidelines Task Force developed recommendations on the use of surgical modalities during and after isotretinoin use, based on an exhaustive review of the literature, and a consensus Delphi process. “The task force concluded that there is insufficient evidence to justify delaying treatment with superficial chemical peels and nonablative lasers, including hair removal lasers and lights, vascular lasers, and nonablative fractional devices for patients currently or recently exposed to isotretinoin. Superficial and focal dermabrasion may also be safe when performed by a well-trained clinician.” (7) It should be noted in another evidence-based review, Spring et al reach similar conclusions, although mechanical dermabrasion and fully ablative laser procedures are not recommended in the setting of isotretinoin use at this time. (8)

I will no longer adamantly advise delaying indicated procedures that may be beneficial for patients while they are on, or have recently completed, their course of isotretinoin. Despite that admonition, I think it may be prudent for some patients to be reasonably certain that their acne is in remission, which may not happen until (or months after) their course of isotretinoin is complete. The overarching lesson is that our patients and we should not be scarred by dogma based on preliminary reports of adverse reactions to any new procedure or medication. Careful analysis over time should prevail.