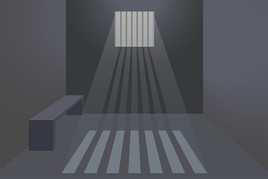 Is it a waste for dermatologists to order fecal calprotectin?

I am still haunted by my initiation to Crohn disease. My late brother Andrew, who succumbed to the illness because of a confluence of complications at 29 years-old, first manifested symptoms as a child. It was a different era — his abdominal pain, fevers, and rigors that literally raised him off his bed were improperly diagnosed for years, primarily because of relative unfamiliarity with the disorder in the early 1960s. (The National Foundation for Ileitis and Colitis was founded in 1967 by Dr. Henry Janowitz, the specialist who ultimately diagnosed Andrew).

Dermatologists have a unique opportunity to recognize potential inflammatory bowel disease (IBD — Crohn disease, CD, or ulcerative colitis, UC) by the presence of specific lesions (such as granulomas in “metastatic” Crohn disease) or non-specific signs including erythema nodosum or pyoderma gangrenosum. Early identification of IBD is crucial, as it has been demonstrated that diagnostic delay is associated with poor outcomes, including increased intestinal surgery risks. (1)

Endoscopic evaluation of the bowel with confirmatory biopsies remains the gold standard in diagnosing IBD. Measuring fecal calprotectin (FC), when used in conjunction with imaging, endoscopy, and histology may be valuable in distinguishing those patients with IBD from those with the irritable bowel syndrome (IBS). The reader is encouraged to utilize the Mayo Clinic Laboratories website for complete information regarding FC.

According to the Mayo Clinic, calprotectin is a member of the S100 calcium-binding protein family expressed primarily by granulocytes and, to a lesser degree, by monocytes/macrophages and epithelial cells. Activation of the intestinal immune system leads to recruitment of cells from the innate immune system, including neutrophils. Activated neutrophils release cellular proteins, including calprotectin. Calprotectin is then translocated across the epithelial barrier and enters the bowel lumen becoming absorbed by fecal material. The amount of calprotectin present in feces is proportional to the number of neutrophils within the gastrointestinal mucosa and can be used as an indirect marker of intestinal inflammation. Although predominantly used for the diagnosis of IBD, it may be elevated in other disorders such as celiac disease, colorectal cancer, and gastrointestinal infections, as these may be associated with neutrophilic inflammation. Borderline levels of FC may be observed in patients taking NSAIDs, aspirin, or proton-pump inhibitors. Normal FC values are <50.0 mcg/g; borderline is between 50.1-120.0 mcg/g; and abnormal levels are > 120.1 mcg/g. Importantly, “Elevations in fecal calprotectin are not diagnostic for inflammatory bowel disease (IBD), and normal fecal calprotectin concentrations do not exclude the possibility of IBD.”

There are an increasing number of reports in the dermatological literature suggesting that FC may help in securing the diagnosis of IBD. Ferreira et al reported the case of a healthy 13 year-old girl with a 6-week history of painless vulvar swelling and erythema. Skin biopsy demonstrated non-caseous granulomatous inflammation. Her FC was 628 mcg/g and subsequent colonoscopy demonstrated CD. (2) Harris and Smith presented the case of a 40 year-old woman with episodic cheilitis of her upper and lower lips accompanied by abdominal bloating and loose stool. Her FC was 146 mcg/g. No lip biopsy was reported, however, endoscopy demonstrated typical CD in the terminal ileum. (3)

In a prospective study, 29 of 50 patients (58%) with psoriatic arthritis had positive FC levels, compared to 26 of 100 patients with psoriasis (26%) and only 3 of 30 (10%) patients with IBS, suggesting that both the skin and gastrointestinal tract may act synergistically in joint inflammation. (4)

In a study of 109 pediatric patient with hidradenitis suppurativa (HS), Lloyd-McLennan et al observed 6 (5.5%) with IBD. FC was elevated in all 4 patients with IBD who were tested, suggesting to the authors that FC could be a useful screening tool for IBD in patients with HS. (5) Aksu Çerman et al performed a prospective case-control study in 47 rosacea patients without any gastrointestinal diseases, compared to 39 healthy controls. The FC levels were statistically significantly higher in rosacea group than in the control group (65.96 ± 58.86 ng/mL vs 31.99 ± 20.12 ng/mL, P = .026, respectively), raising the possibility of using FC for the early detection of gastrointestinal disease in rosacea patients. (6) Recent research has been exploring the relationship of atopic dermatitis (AD) to dysbiosis of the intestinal microbiome. Kim et al demonstrated that FC levels in mice with induced AD significantly decreased after the administration of probiotics. (7)

Premjeyanth et al reviewed the literature on the use of FC in dermatology and asked the key question: “Should a dermatologist be requesting FCP testing?” They contend: “In dermatology cases where clinical suspicion of IBD is high, a normal FCP is unlikely to currently prevent an endoscopy.” (8) In a letter addressing this article, McDonald counters that the real value of FC is its high negative predictive value, meaning that inflammation of the bowel is highly unlikely if a negative FC level is obtained, thereby obviating unnecessary investigations. For patients with disorders such as HS, erythema nodosum, etc., a negative FC may be very reassuring that no concurrent bowel inflammation is present [at that time]. (9) Both authors agree that more research is warranted to determine the precise role of FC levels in dermatology.

I typically end my commentaries looking to the future, but in this case, I cannot help pondering how my brother’s life would have turned out had FC been available 60 years ago. If his Crohn disease was discovered earlier, would he still be alive for his 70th birthday this year? That, of course, is unanswerable. It serves as a reminder, however, to remain vigilant for IBD where it may be a feasible association. Discovering IBD early, by whatever means, can be life-saving.

Point to Remember: Although its precise role in dermatology remains to be defined, measuring fecal calprotectin levels may help determine whether or not a patient has active inflammatory bowel disease.

A larger conversation that has gained traction in the world of inflammatory bowel disease (IBD) over the last 5-10 years is the use of non-invasive tools to monitor disease. While colonoscopy for assessment of mucosal disease has remained the gold standard, there is a demand by practitioners and patients alike for the use of a less cumbersome tool. Foremost among them has been the use of fecal calprotectin, more commonly used in Europe, for the monitoring of disease activity. Among the triad of most used biochemical markers of inflammation, including C-reactive protein, erythrocyte sedimentation rate, and fecal calprotectin, the latter has emerged as the most sensitive and specific tool for disease activity assessment. In many scenarios it even performs better than imaging techniques, like MR enterography and CT enterography, especially when disease is minimally active, within short segments of the intestine. Our experience has found this to be especially helpful when the disease is more active in the colon, but having said that, its utility in both the small and large bowel is quite comparable.

This brings to my mind a particular case that I encountered 3 months ago at our IBD center at Mount Sinai. A 33-year-old African American woman with plaque psoriasis and psoriatic arthritis, on adalimumab every other week, had been experiencing right sided abdominal pain intermittently for almost 10 years. She had a colonoscopy, upper endoscopy, and imaging performed, which had been unrevealing. On perusing through her immense stack of records, I chanced upon an elevated fecal calprotectin level of 269 mcg/g (ordered by a rheumatologist) that had hitherto remained unnoticed by multiple providers. Using this as an anchor we ordered a capsule endoscopy, which revealed multiple discrete ulcers throughout the jejunum and proximal ileum. These ulcers were, unsurprisingly, located in areas where our regular endoscopes do not reach and were previously missed. We switched her from adalimumab to ustekinumab, and over the last 3 months; she has started to gain weight, her pain has disappeared, she sleeps much better, and she feels considerably more energetic. Notably, her fecal calprotectin has also normalized. When I saw her last week, she said “I never knew how productive I could be. I thought this was my normal way of life, which I now realize was miserable!”

This shows that inquiring about abdominal symptoms in the dermatology clinic, followed by measurement of fecal calprotectin, can help us diagnose IBD. In fact, at our IBD center we commonly encounter patients with antecedent dermatological symptoms, subsequently followed by gastrointestinal complaints that have been undiagnosed IBD. A significant number of these patients have had negative colonoscopies and imaging studies. Only an elevated fecal calprotectin, that prompts a more detailed examination like a capsule endoscopy, may finally unravel the underlying IBD in those patients that had been undiagnosed for months or even years. Moreover, in established IBD patients, fecal calprotectin can be elevated even prior to the onset of clinical symptoms, especially in Crohn’s disease that is notoriously “silent” clinically, but active mucosally. The elevated fecal calprotectin in such cases can trigger gastroenterologists to investigate further, and even escalate therapy to alter disease course. Although mucosal examination by colonoscopy remains the gold standard, fecal calprotectin can be an extremely useful ally for all practitioners who deal with inflammatory conditions to diagnose underlying IBD.