Chatting with my chief resident, Tia Pyle, I was lamenting the recent comparative report that ingenol mebutate (and other treatments) did not fare as well as 5-fluorouracil (5-FU) for treating actinic keratoses (AKs). (1) (See previous Dermatology World Insights and Inquiries.) I had become enamored with ingenol mebutate’s short course of therapy. Although patients are delighted to only apply a medication for two or three days, compared to several weeks, I now must explain that 5-FU reigns supreme in terms of AK clearance.

Dr. Pyle asked me in her quiet, compelling manner, “Dr. Heymann, why don’t you try the combination of calcipotriene (calcipotriol) with 5-FU? You only have to apply it for several days!”

I was not familiar with this combination therapy. Being a therapeutic skeptic, I promised I would look into it. I recalled the hype prior to the release of calcipotriene for psoriasis; following its introduction, I rapidly came to the realization of its “mezza mezza” efficacy on psoriatic plaques.

There is very little literature regarding the use of calcipotriol as monotherapy for AKs. Seckin et al performed an investigator-blinded, half-side comparison trial on 9 patients, 8 of whom completed the trial. Calcipotriol cream was applied to one side and Ultrabase cream as placebo to the other side of the scalp and/or face for 12 weeks. There was a statistically significant difference between the total number of AKs at baseline and at week 12 on calcipotriol applied side whereas no difference was detected on placebo-applied side. The authors concluded that topical calcipotriol may be promising in the treatment of AKs, recommending further studies to confirm its efficacy. (2)

The role of vitamin D in reducing cancer risk has been explored for decades. Milczarek et al evaluated two synthetic analogs of vitamin D (one of which was 5,6-trans calcipotriol) combined with 5-FU, injecting the combination into mice with human colon HT-29 cancer nodules. A statistically significant inhibition of subcutaneous tumor growth was observed with the combination therapy. (3) 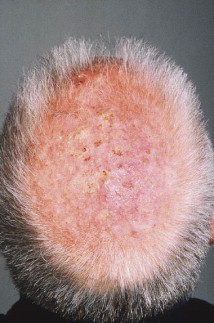 compared to Vaseline plus 5-FU for field treatment of AKs in a randomized, double-blind clinical trial involving 131 patients. The therapies were self-applied to the entirety of the defined anatomical sites (face, scalp, and upper extremities) twice daily for 4 consecutive days. The percentage of reduction in the number of AKs (primary outcome), local skin reactions, and immune activation parameters were evaluated. Four-day application of calcipotriol plus 5-FU versus Vaseline plus 5-FU led to an 87.8% versus 26.3% mean reduction in the number of AKs in participants (P < 0.0001). Calcipotriol plus 5-FU treatment induced TSLP (thymic stromal lymphopoietin), HLA class II, and natural killer cell group 2D (NKG2D) ligand expression in lesional keratinocytes associated with marked CD4+ T cell infiltration, which peaked on days 10-11 after treatment, without pain, crusting, or ulceration. TSLP is an epithelium-derived cytokine capable of inducing substantial anti-tumor immunity in barrier-defective skin. The authors demonstrated that calcipotriol and 5-FU have synergistic effects when used in combination for the treatment of AKs. (4)

Based on Cunningham’s study, Molina et al performed a retrospective case series of 3 women with recurrent, refractory extramammary Paget disease (EMPD) with all patients being treated with a 1:1 mixture of fluorouracil, 5%, cream and calcipotriene, 0.005%, cream or ointment. All 3 women (1 in her 50s, 2 in their 70s) presented with recurrent EMPD (vulvar, perianal, and perioral) after surgery and/or irradiation; their EMPD was refractory to treatment with imiquimod, 5%, cream. The calcipotriene-5-FU combination was well tolerated, followed by clinical improvement in symptoms and appearance of the lesions in all 3 cases. Decreased tumor burden was demonstrated histologically in 2 cases. Patients applied the combination topical therapy to affected areas with differing frequencies, ranging from 1 to 2 days per month to 4 consecutive days every 2 weeks. The authors concluded that palliative treatment with a combination of 5-FU and calcipotriene may be a viable option for patients with recurrent, refractory EMPD. (5)

The stage has now been set. In short order we will be reading reports of combined calcipotriene-5-FU for lesions ranging from Bowen’s disease to superficial basal cell carcinomas, recalcitrant warts, etc. A proprietary formulation will be forthcoming (I like the name EfuCal!). The world has long recognized dynamic duos, when synergy yields results far greater than the individuals alone — think Rogers and Hammerstein, Abbott and Costello, Laverne and Shirley, Batman and Robin, (even Pyle and Heymann) — assuming further confirmatory studies, there is a chance that the synergy of calcipotriene and 5-FU comes to the forefront of topical dermatologic treatments.

Point to remember: Combination therapy of 5-fluorouracil with calcipotriene is an emerging treatment for actinic keratoses, extramammary Paget disease, and, in all probability, other neoplastic disorders.

Actinic keratosis (AK) remains one of the most common conditions treated by dermatologists worldwide. While we can continue to debate whether these lesions are precancerous or are the earliest form of squamous cell carcinoma in situ, several truths remain. Most AKs are treated with lesion directed therapy, while multiple studies show that a majority of patients have subclinical lesions. We also know that a certain number of AKs (clinical or sub), become invasive carcinoma. This sets the stage for field therapy. Most AK clinical trials show a lesion reduction of somewhere between 60-80% short term, with 50% of responders remaining clear at 1 year.

New studies show improved efficacy of 5FU over some of the newer drugs. Although I always remind myself of the Krawtchenko study that showed poor efficacy for cryosurgery and 5-FU and greater efficacy for 5% imiquimod gel (Br J Dermatol. 2007; 157 Suppl 2: 34-40). So while I am optimistic about short term 5-FU in combination with vitamin D derivatives, I always think two thoughts: “More studies with more subjects and long term follow up are needed,” and “Any field therapy is better than nothing.” And nothing is still what happens at over 90% of AK visits. And we haven’t even touched on photodynamic therapy, which is quickly becoming a very popular field therapy for AKs.