Paules et al state: “According to the Centers for Disease Control and Prevention, 555 cases of measles in 20 states had 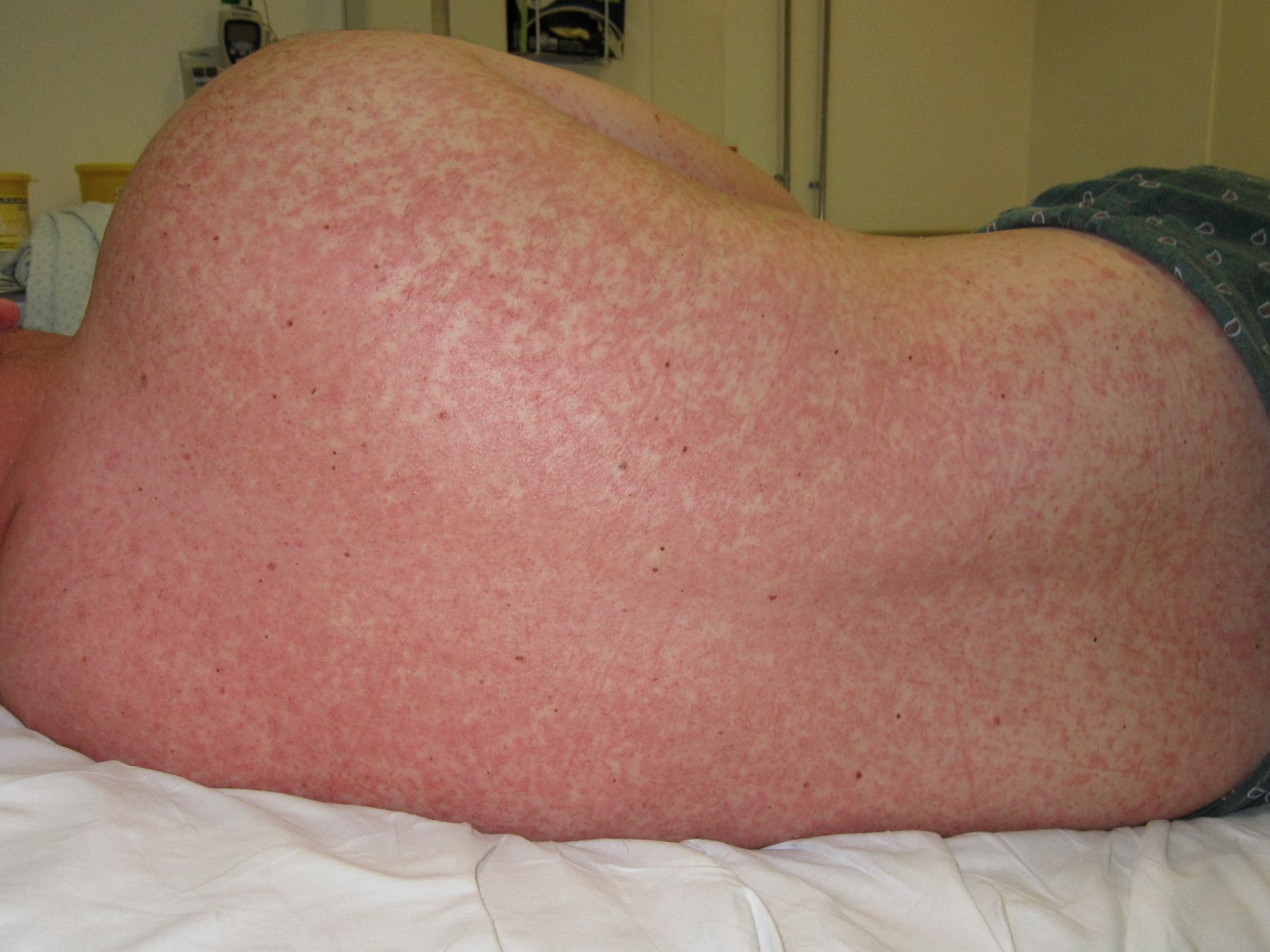 already been confirmed from January 1 through April 11, 2019. The increase in measles cases in the United States mirrors patterns elsewhere: several other countries that had eliminated measles are now seeing resurgences.” (1)

Live-attenuated measles vaccines provide 97% protection with two doses, given at 12 to 15 months and four to six years of age, with an excellent safety record. The most common adverse effects of the measles vaccine are a sore arm and fever. Approximately 5% of patients will develop a rash; an even smaller proportion will have a febrile seizure or transient thrombocytopenia. A very rare complication, meningoencephalitis, has been described, almost always in immunocompromised vaccinees. (2)

The measles virus is a single-stranded RNA virus (Paramyxoviridae family, genus Morbillivirus) that infects the respiratory system and causes flu-like symptoms accompanied by a generalized rash. In most cases, the disease resolves after several weeks, but occasionally severe complications can result, including encephalitis that can cause convulsions and brain damage. The mortality rate is one in every 500 children that contracts measles. (3,4)

As summarized in the latest edition of Hurwitz Clinical Pediatric Dermatology: “Measles classically presents with fever and the three Cs: cough, coryza, and conjunctivitis. The pathognomonic enanthem, Koplik spots, usually occurs during this prodromal period and presents with punctuate, gray-white to erythematous papules distributed on the buccal mucosa. These lesions were recently found to be highly predictive of confirmed measles. The skin eruption of measles usually begins two to four days after the prodrome, which may intensify several days before the onset of rash. It begins on the face, especially the forehead, hairline, and behind the ears, and spreads downward onto the trunk, and extremities. The lesions are erythematous to purple-red macules and papules that may become confluent and fade in the same order as their appearance, leaving behind coppery macules and desquamation. Complications of measles include pneumonia [either viral or by secondary bacterial infection], bronchitis, otitis, gastroenteritis, myocarditis, and encephalitis.” Keratoconjunctivitis is common in children with vitamin A deficiency, which may result in blindness. (4) Once clinically suspected, the diagnosis may be confirmed by acute and convalescent viral titers, or by PCR. Treatment is supportive, with antibiotics for secondary bacterial infection, and vitamin A is areas with known deficiency, to ameliorate diarrhea. Ribaviran has been utilized in severely ill or immunocompromised patients. (5)

Although the vast majority of patients assessed with a morbilliform eruption will likely have either a drug eruption or another viral exanthem, clinicians must now consider if the patient could have measles. This is exemplified in the case presented by Magdaleno-Tapial et al: A 32-year-old man presented with a four-day history of fever (38.9°C); a skin rash and dry cough developed the day before admission. Scarcely confluent, craniocaudally distributed, macular exanthema was present. Serous conjunctivitis and discrete photophobia were present. Palpable cervical and submandibular adenopathy were noted. Examination of the oral cavity revealed whitish macules on an erythematous base on both mucous membranes. Serological tests and a punch biopsy were performed. Measles-specific IgM antibodies confirmed the diagnosis. Histopathologic features of the skin biopsy  revealed multiple dyskeratotic keratinocytes in the follicles and sebaceous glands. Multinucleated keratinocytes showed a glassy cytoplasm and 3–6 irregularly shaped nuclei with indistinct nucleoli. Electron microscopy of follicular syncytial epithelial giant cells (SEGCs) showed isolated capsid particles within the cytoplasm and secretory vesicles, measuring approximately 40–60 nm in diameter. (3) Even if you have only a remote suspicion of measles in your differential diagnosis, it would be worthwhile to inform your dermatopathologist of your concern, in order to search for multinucleated keratinocytes.

Until such time that the resurgence of measles is controlled, dermatologists assessing patients with morbilliform eruptions must consider the diagnosis of measles. As exclaimed by Paules et al, “Each complication or death related to measles is a preventable tragedy that could have been avoided through vaccination. The recent upsurge in U.S. measles cases, including the worrisome number seen thus far in 2019, represents an alarming step backward. If this trend is not reversed, measles may rebound in full force in both the United States and other countries and regions where it had been eliminated. Promoting measles vaccination is a societal responsibility, with the ultimate goal of global elimination and eradication — relegating measles to the history books.” (1)

Point to remember: Measles has re-emerged in the United States and worldwide. We can no longer assume that measles is a disease of the past. Rubeola must be considered in the differential diagnosis of every patient presenting with fever and a morbilliform eruption.

Cases of measles in the U.S. in 2019 continue to climb, and by April are already approaching numbers for the year higher than any year since measles was declared eliminated in the U.S. in 2000. Worldwide, measles cases are up 300% since last year. Measles epidemics are primarily fueled by spread of this highly transmissible viral infection in non-vaccinated communities, a consequence of increased reach of the tremendously misinformed and dangerous anti-vaccination movement that has sprouted throughout the world. As a consequence of our past success in eradication of measles, many physicians have in fact never actually seen a case of measles, and thus may fail to recognize even a typical case of this once ubiquitous infection, resulting in delays in diagnosis and further propagation of measles epidemics. It is important that all physicians consider measles in patients presenting with fever and rash and take appropriate steps to appropriately isolate them and diagnose them, and promptly notify Public Health authorities about suspected and confirmed cases. Finally, adults at risk for contracting measles following a potential exposure include those who were born in the U.S. after 1957 and who do not have either laboratory evidence of immunity or documentation of two doses of MMR vaccine. Such individuals should either receive a booster dose of MMR or should be assessed for immunity and vaccinated if non immune.