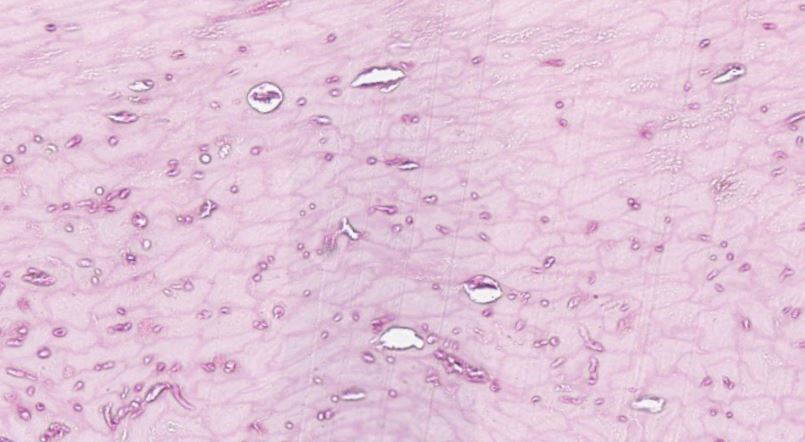 I recently encountered a patient who expressed his disappointment in me, complaining that I was too slow to diagnose a lentigo maligna in a facial solar lentigo that we had been following. How could I miss a melanoma? I explained that it probably won’t be the last time — indeed, this is what provokes insomnia in dermatologists. Lesions like his don’t worry me too much. I’m aware of the concern, and when clinically worrisome, such lesions will be biopsied. What discomforts me are those lesions when the diagnosis of melanoma is not entertained at all — this may be especially true from some melanomas of the nail unit.

This commentary was prompted by the eye-opening article by Gatica-Torres et al, who evaluated nail clippings from the left great toenail to rule out onychomycosis. Clinically the nail displayed a yellow streak consistent with a dermatophytoma — there were no features to suggest a nail unit melanoma. Histologically, the PAS stain confirmed the presence of fungi. The dermatopathologists also appreciated intervening round spaces, some of which appeared to have enlarged nuclei. An S-100 stain identified the nuclei as remnant melanocytes. A Melan-A stain, however, was negative. Because of these findings, a subsequent biopsy of the nail unit and matrix demonstrated a nail unit melanoma in situ and onychomycosis. The authors aptly concluded that nail malignancies may coexist with onychomycosis — it is essential that dermatopathologists examine nail clippings with that lesson in mind. (1)

Melanocytic lesions of the nail unit are classified as: melanocytic activation, lentigo, nevus, and melanoma. Melanonychia due to melanocytic activation may be observed in several conditions such as pregnancy, chronic trauma (nail biting, onychotillomania, occupational traumas), photochemotherapy, medication induced, Addison disease, Nelson syndrome, Laugier-Hunziker syndrome, Peutz-Jeghers syndrome, and vitamin B12 deficiency. Melanocytic activation is characterized by hyperpigmentation of the matrix epithelium without an increase in the number of melanocytes. A lentigo is characterized by melanocyte proliferation. Melanocytic nevi are the most common cause of melanonychia in children. Although junctional nevi are the most frequent nevus subtype of the nail unit, blue nevi, Spitz nevi, and compound nevi can also rarely occur in the nail unit. Subungual melanomas (SUM) constitute 1.5–2.5% of all melanomas, usually observed in those age 50–70 years old and only very rarely in children. Generally, SUMs develop de novo, and a benign melanocytic nevus does not precede their development. Seventy percent of SUMs are seen in the thumb of the dominant hand and in the foot. Although longitudinal melanonychia is an important diagnostic clue, because there is no melanin pigment in the nail bed, amelanotic melanomas constitute up to 30% of nail apparatus melanomas; these cases can easily be confused with other entities such as onychomycosis, warts, and pyogenic granulomas. (2)

Most dermatologists consider the diagnosis of a nail unit melanoma when there is a pigmented nail streak, with or without a Hutchinson sign. The following, however, are recent examples where the diagnosis of nail unit was initially misdiagnosed: A) 67-year-old woman with a four-year history of persistent nail dystrophy of the left fourth fingernail who had a PAS stain of the nail plate demonstrate fungal hyphae. Her nail plate subsequently detached, revealing a friable nodule; a biopsy demonstrated melanoma. (3); B) A 69-year-old man with an unusual subungual amelanotic melanoma presenting as a persistent single nail dystrophy that was repeatedly treated as onychomycosis with itraconazole and fluconazole, because his PAS stain demonstrated dermatophtyes and his culture was positive for Candida parapsilosis. (4); and C) A woman in her 60s with a friable lesion of left second fingernail that was biopsied, interpreted as a pyogenic granuloma, and treated with electrodessication and curettage. The lesion recurred; a repeat biopsy was found to have melanoma on a background with pyogenic granuloma-like features. (5)

Lee et al (6) suggest utilizing “ABCD” criteria, as first recommended by Levit et al (7), for diagnosing subungual melanoma in situ: “A” (adult age >18 years); “B” (brown bands in brown background); “C” (color in periungual skin;) and “D” for one digit. (6) The authors chose not to include nail dystrophy as a criterion, however, I would opt to add “E” for “every nail dystrophy — pigmented or not” that fails to improve as expected with treatment (Levit et al recommended that E be used for extension of pigment to the nail fold — the Hutchinson sign). Perhaps you will not diagnose a melanoma, but you could also find nonmelanoma skin cancers of the nail unit. In conclusion, dermatologists are justified in worrying about atypical presentations of subungual melanoma. I’ll try chewing on that instead of my nails.

Point to Remember: Onychomycosis may accompany or mimic nail unit melanoma. This should be considered when evaluating nail clippings for PAS stains, recognizing spaces with retained nuclei of melanocytes.

Adam I. Rubin, MD
Associate professor of dermatology
Hospital of the University of Pennsylvania

Most of the time when examining the nails, identifying that there is a potential for a diagnosis of a malignancy and what to do about it is straightforward. For example, if a patient presents with changing melanonychia, an obvious nodule within the nail bed, or another concerning feature such as bleeding, consideration of a biopsy will happen immediately. When performing a nail unit biopsy under these circumstances, alerting the dermatopathologist of the clinical history is essential.

If the potential for malignancy is not recognized by the dermatologist examining the nail, it may not be biopsied at all, and certainly in the case of nail clippings, there is the potential to miss subtle histologic findings. No dermatologist or dermatopathologist wants to miss a nail malignancy, especially when the patient presents for the evaluation of a nail problem. How can that be avoided? Keeping up to date on the literature will allow the practitioner to be aware of advances such as the one described here, for both the subtle clinical and histologic features that can be seen with nail malignancies.

Having a low threshold to biopsy a single abnormal nail that is not responding to therapy, and clearly communicating your concern to your dermatopathologist, will ensure timely diagnosis of nail tumors to the best of our ability. Even nail clippings can have value in establishing a diagnosis of nail unit melanoma, as the above commentary illustrates. But even with such nail clipping samples, the idea that subtle features of a malignancy can be present needs to be in the back of one’s mind to be able to see what is already there.