Taking the challenge: Social media, adolescents, and the skin

Patterned skin injury can raise the specter of non-accidental trauma. However, over the past decade or so, striking examples of patterned skin injury have emerged among adolescents and pre-teens that share certain features: these are self-induced voluntarily; the act or the resulting skin findings are then recorded in photographs or videos, and then promulgated via social media platforms, providing secondary gain and notoriety to those who perform these behaviors. Popularly referred to as “challenges,” these social media skin phenomena have been referred to as the “eraser challenge,” the “salt-ice challenge,” the “deodorant challenge,” and the “fire challenge.” Unfortunately, these challenges are not entirely without complications, as reports of secondary infections and scarring have been reported not infrequently.

The eraser challenge involves a child rubbing a pencil eraser against the skin, sometimes while singing the alphabet, in an attempt to produce a frictional skin injury. These lesions present initially as geometric linear erosions on the hands or arms that heal with dyspigmentation and scarring. (1) One child who performed this was hospitalized due to secondary infection with documented group A streptococcal septicemia. 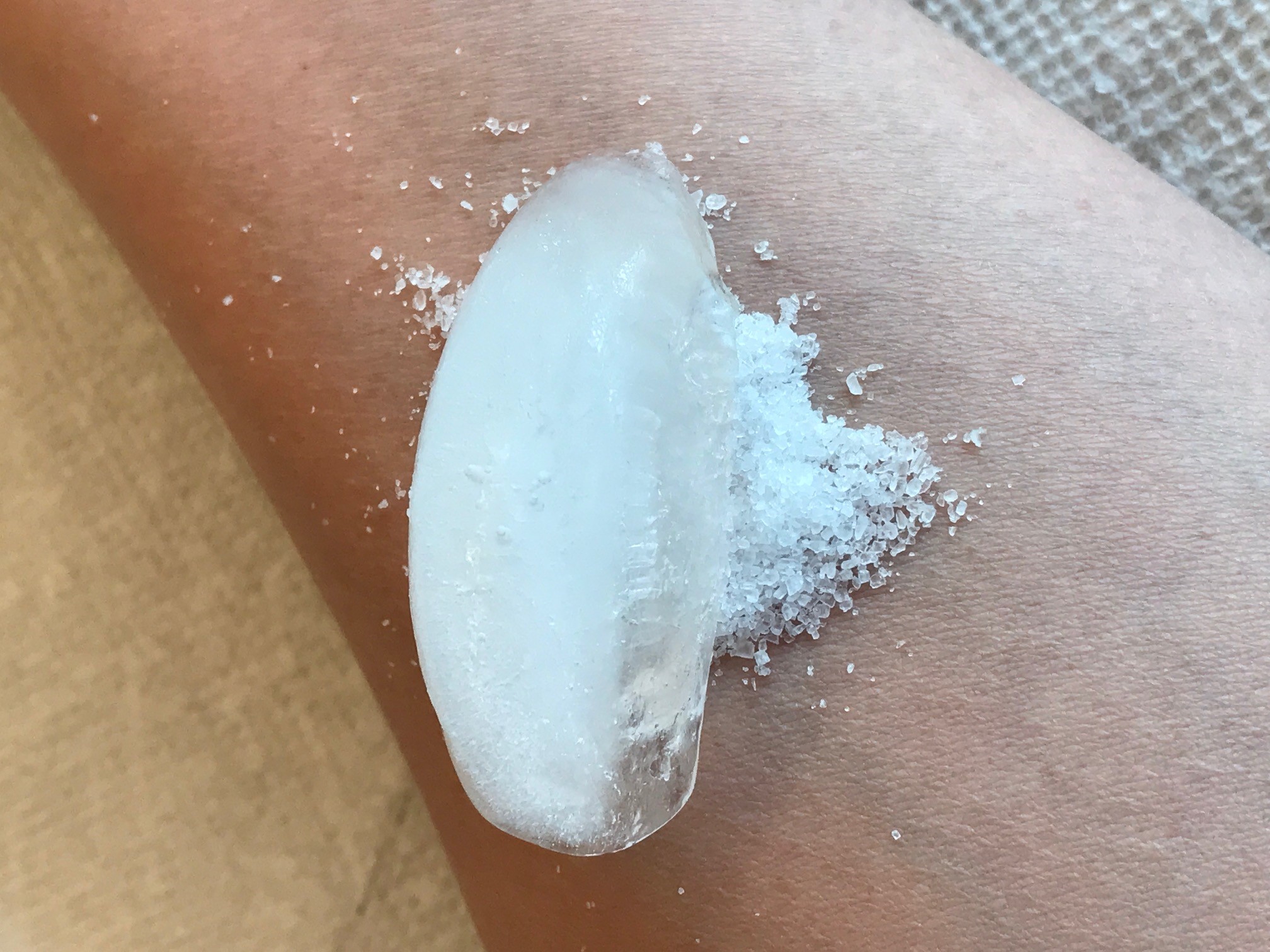 In the salt-ice challenge, salt is applied to the hand or forearm followed by application of crushed ice or an ice cube, with the goal of exercising willpower to produce an area of frostbite thermal injury which is often geometric in configuration and violaceous in color. (2) Some students on school sports teams have reportedly used this as an initiation for new members.

The deodorant challenge is performed by spraying a deodorant against the arms or legs. As with the salt-ice challenge, the propellant in the can produces an immediate cooling effect that can cause a cold thermal injury. Participants typically repeat this as often as can be tolerated, and this can cause multifocal violaceous areas with blisters, erosions, and resulting dyspigmentation and scarring. (3)

The final and most serious of these challenges is the “fire challenge.” In this phenomenon, participants spray themselves with perfume or splash isopropyl alcohol on themselves and light themselves on fire, usually while being filmed. Some do this in a bathroom and douse themselves in the shower immediately after, while others without as much forethought can suffer significant burns. (4) This particular phenomenon carries potential for great morbidity and mortality, and indeed, fatalities have been reported.

Children engage in these challenges in order to feel part of a social peer group, to gain notoriety, or for some, as a means of school avoidance as parents unaware of the behaviors will seek medical attention. While these social media phenomena represent intentional, self-injurious behavior, participants do not mean to self-harm. These practices differ from behaviors such as cutting which knowingly intend self-harm and are more formally classified as non-suicidal self-injury (NSSI).

A search of popular social media platforms, such as Youtube, Tumblr, and Instagram, highlights the widespread dissemination of these challenges. At the end of 2018, YouTube documented the deodorant challenge in 127,000 videos; the eraser challenge in 313,000; the salt-ice challenge in 830,000; and the fire challenge in 12,300,000.

Given the prevalence of these challenges on social media and the popularity of these among teenagers and pre-teens, it is especially important for dermatology professionals to recognize these and differentiate them from other forms of non-accidental trauma and non-suicidal self-injury. (5)

Point to remember: When noticing an “outside job,” based on geographically shaped lesions in children (or some “adults”), inquire about “challenges” on the internet.

Do you remember the song from the musical Bye Bye Birdie, “What’s the Matter with Kids Today”? It has been many decades since my childhood, but my friends and I would often dare each other to do ridiculous things to prove our mettle. The main difference was that the stupidity stayed between a few friends — now such nonsense goes viral, which, as Dr. Yan so eloquently points out, can have devastating consequences. Challenges are not limited to dermatology — YouTube removed the “Bird Box Challenge” after participants crashed their cars when driving blindfolded. Dermatologists cannot be blind to the “challenges” that confront us. Hopefully the injuries will be minor, and participants will think more carefully when challenged again.